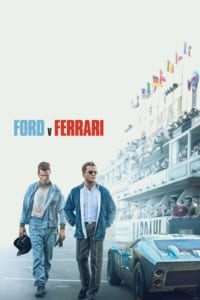 Academy Award-winners Matt Damon and Christian Bale star in “FORD v FERRARI”, based on the remarkable true
story of the visionary American car designer Carroll Shelby
(Damon) and the fearless British-born driver Ken Miles (Bale). Together they battled corporate interference, the laws of physics, and their own personal demons to build a revolutionary race car for Ford Motor Company and take on the dominating race cars of Enzo Ferrari at the 24 Hours of Le Mans in France in 1966.

With a first-rate screenplay, it is singularly the best movie you will ever see about racing as well as the best at giving you, the audience, that raw experience and sense of cars moving at unfathomable speeds. Add to that, top-notch casting where every single character, whether their roles were big or small, have great relevance to a uniquely American story about ambition, American ingenuity, passion and dogged persistence
to always succeed. Running 2 hours and 30 minutes, “Ford v Ferrari” is that rare film this is memorable, exhilarating and highly entertaining to watch.

Who is Isaac Hull?
Scroll to top