Thomas M. Dority, Chairman of the Board 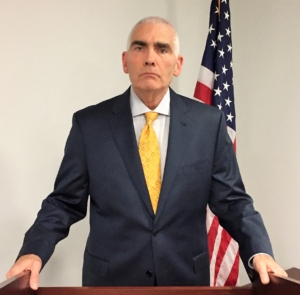 Thomas M. Dority is currently the Chairman of the Board of Tech-Marine Business, Inc. (TMB). Previously he was the President and Chief Executive Officer where he reported directly to the TMB Board of Directors and was responsible for coordinating, managing, and providing leadership for ongoing company operations. He has over thirty-five years of professional experience with thirty years of increasing management responsibility for all aspects of providing Professional Support Services to the Federal Government. His experience includes hands-on involvement in organizational operations, personnel and contract management, business planning, the achievement of overall company financial goals, subcontract management, and customer support. Mr. Dority joined TMB in January 2008 as Senior Vice President and was promoted to his current position in 2010 upon the retirement of the company’s founder. He has been responsible for the transformation of TMB from its roots in senior-level executive support to a dynamic firm capable of providing cost-effective services encompassing a range of skill sets and experience levels. During his tenure, Mr. Dority has established policies and procedures designed to promote long term growth and success and under his leadership, TMB has grown from a $14M annual revenue company to a $57M for 2021.

Prior to joining TMB, Mr. Dority worked for TROY Systems and its successor companies PEC Solutions and Nortel Government Solutions (NGS) between 1994 and 2007. He achieved positions of increasing responsibility starting as Program Manager and ending as Vice President where he provided leadership, guidance, and oversight for Navy programs within the NGS Defense Operations sector. In this capacity, Mr. Dority was responsible for the business and technical performance of a 125-person organization that achieved CY2007 revenues of $21.3M. While at TROY Systems, Mr. Dority played a prominent role in successfully transitioning the company from the Small Business Administration’s 8(a) Program to a full-and-open status. This required extensive planning to migrate contracts to Government Wide Acquisition Contract (GWAC) vehicles in order not to experience significant loss of revenue and profit. As part of this process, Mr. Dority successfully led the capture planning for a $30M five-year FFP Delivery Order with the Navy’s Program Executive Officer, Theatre Surface Combatants (PEO TSC), one of the company’s longest-tenured clients. He was also a member of the Executive Steering Committee responsible for the development and implementation of the company’s ISO 9001 processes.

A native New Yorker, Mr. Dority is a graduate of Christian Brothers Academy (CBA) in Lincroft, New Jersey and has both Bachelor’s and Master’s degrees in European History from Rutgers University. While at TROY Systems he established and led a Tutoring Program with Cameron Elementary School in Fairfax County Virginia where he also coached youth basketball in Lee District between 1992 and 2001. He is an active member of Surface Navy Association and the Professional Services Council. When not working in the Washington DC metropolitan area, he and his wife Judy live in Mount Vernon, Virginia with their many rescue dogs and cats.